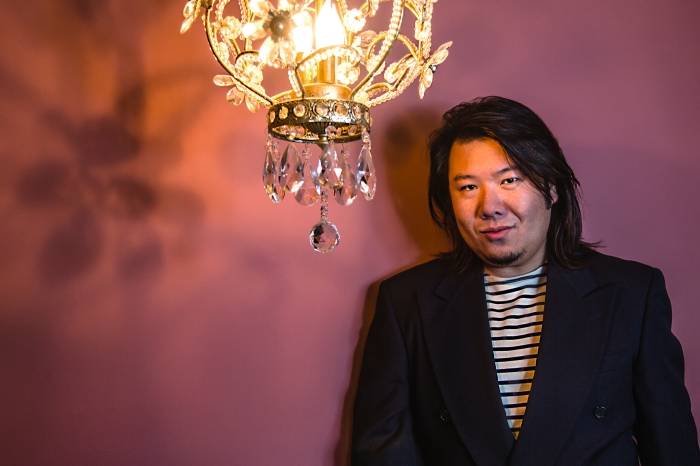 “Crazy Rich Asians” has blown up into a cultural movement. As the first film in 20 years featuring an all Asian cast, with box office sales of more than $165 million making it the highest grossing romantic comedy in ten years. Before the movies, there were the books. Author Kevin Kwan set out to tell a tale that was personal, but also entertaining, satirical and fun, launching a worldwide phenomenon. Asian Austin had a chance to chat with Kwan about his books, their impact, his Texas roots and upcoming projects. Kwan will be visiting Austin Nov. 17 for a “A Conversation with Kevin Kwan” at the Long Center.

AA: The books, the films have become this huge cultural moment for Asian Americans and Asian representation in film. Did you have any idea that what you were writing could mean so much to so many people?

KK: Absolutely not. It’s come as much of a surprise to me as it has to other people. When you set out to write a book there’s a madness involved. The chances to of getting one published, to even attempt one is madness. I just had to write the story and I wanted to create something from my heart. It was something I wanted to share with my friends. Everything that has happened beyond that has been such an awesome surprise. I cannot explain it and I’m still trying to wrap my head around it.

AA: It must have felt risky to write a work and produce a film with all Asians, and yet, I believe I had read somewhere that 80% of your readers were non-Asian? Was that a surprise?

KK: It wasn’t [a surprise] in a way. One of the reasons I wanted to write the book is because I would go to book stores and not see myself represented. You can go to the fiction section of a book store and you normally see a collection of historical Asian novels … Amy Tan, Lisa See doing beautiful work; The Joy Luck Club is one of my favorite books. And then there is this other categorization of the Asian American assimilation experience. They are interesting, but it didn’t speak to me.

I knew a very different Asia. I really wanted to write something about contemporary Asia, about the people I know: modern, interesting, educated people living their lives in Asia. I’m going to give it a spin and give it this one-percent crowd to make it fun and sexy. I felt the audience I wanted to speak to was the American audience who didn’t know this world.

It did not surprise me that Asian Americans were initially weary of the book. Having a title like “Crazy Rich Asians” was a bit provocative. I was in Austin in 2014 at the Texas Book Festival. There was a beautiful event reading, and I would say it was 99 percent Caucasians in the audience. I had a friend (who is Caucasian) buying a stack of my books in line trying to pay. A very stylish Asian lady in her mid-30s kinda gave her the stink eye and said, “That book is racist.” My friend asked, “Have you read it?” She hadn’t but she said, “Look at the title. It’s racist.” My friend, very sensitively, said “If anything this book breaks stereotypes.”

There was skepticism from the wider Asian American community. It takes awhile for word of mouth to build. It was already catching on before the movie. By book two, I was seeing more that 30 percent Asians [at my book readings], and by book three, it was about half and half, depending where you went. You could see the Asian presences, and they were speaking up.

In last five years, I’ve seen a coastal shift for Asian Americans. It has galvanized the entire community and they are really expressing themselves and staking their claim. I think a lot of it is the new generation. It’s the millennials who are standing up and want to be counted and really want to see meaningful representation in our culture. We don’t ever want to be the silent minority again.

AA: Moving from Singapore to Texas must have been so different. What was that like to have this great Asian representation on screens and then to come here where there’s little to no representation, or only stereotypical roles for Asians?

KK: It wasn’t a consciousness I had. Singapore was already so international and multicultural. When you turn on the TV it was always a mix. We had a lot of BBC, American shows, mixed in with Hong Kong and it was very normal to see white and nonwhite, Asians. I grew up in a neighborhood that was very racially diverse. It was melting pot of cultures. So when I moved to the States, that was not a difference I felt. Turning on the TV was the same except there were 50 more channels.

I wasn’t conscious of being a minority. I didn’t have that baggage that Asian Americans have had to face. Even in school, immediately on first day I made friends with everyone – black, white, it didn’t matter.

The Asians were being strange to me and I didn’t realize why. The Asians had created a system of ordering because they had to be in this world where they knew what they could and couldn’t do. They knew they couldn’t talk to the captain of the cheerleading team, and I just blindly did whatever I wanted. I was seen as this strange outlier because i wasn’t Asian like them.

I didn’t go out of my way to seek out the other Asians. I didn’t try to kiss the ring finger of the leading Asian … I just never fit in with the in-crowd and hung out with the weirdos in journalism and yearbook. I was the stereotypical “bad Asian”; I wasn’t in any honor classes.

AA: What did you think of Houston (Clear Lake) when you landed at age 11? What were some of your first impressions? How did the rest of your family adjust to living in Houston?

KK: I thought it was so strange. We were in the suburbs in Texas. I remember being at our house, a surburban-y house. I remember walking outside and seeing the perfectly clipped front lawns, some with picket fences. It was so bizarre. In Singapore I grew up in a neighborhood where all the houses had gardens and gates and fences. They were pretty sizable plots. Here [in Clear Lake] they were sizable plots side by side; you could look out your kitchen window and see your neighbor.

It was weird to be out at 2 p.m. and there’s not a person in sight: “Where the hell am I?” In Singapore, you would walk down to the hill, take the number 5 bus and reach the city. That took a bit of getting used to. In Houston, no one hangs out downtown. You have to get in your car and drive for 30 minutes to get downtown. There was a lot of joy and appreciation when we discovered Austin. There’s more of an urban area downtown in Austin where people mix and mingle; it’s teeming with life.

AA: Your father owned three Marble Slab Creamery stores … I’m trying to picture you scooping ice cream in the summers. Did you work there?

KK: I was put to work immediately from day 1. It was child labor [laughing]. I was part of the prep team. I was tiny. I had my special milk crate to scoop the ice cream. I became the cappuccino expert. I started working there on an irregular basis because they couldn’t legally put me on the schedule [laughing]. It was fun. It was a good way to get acclimated into the American culture. All the people who went there were the most popular kids in high school, a few grades ahead of me. So by the time I entered high school I was a little protected by the most popular kids in high school since they all knew me.

AA: I’m excited that you’ll be returning to Texas and talking at the Long Center. The Austin community had hosted the largest community activation event in advance of the film screening (at the Long Center) and pushed to sell out theaters for the #GoldOpen movement. Do you have a particular message or conversation you’re looking forward to having with a Texan audience?

KK: Not really. I’m really best with Q&A. I hope people come ready with their questions. It’s always sort of nerve wracking to me – why would anyone want to see me? Do I need to learn how to juggle? Can we just show the movie? Austin has been so supportive, especially the local bookstores, like Book People since the beginning. It’s amazing to see that local support from a city that I love. I’m looking forward to it.

AA: Is there anything you miss about Texas?

KK: I miss a lot of food believe it or not. I love Elizabeth Street Cafe, Tacodeli. I miss the people. There is a particular character to Texans that I love and have come to identify with. Wherever I go, people ask where I’m from and I say Texas. I think of my hometown as Houston, and when I think of Austin, I think of it as party town, when we’d go on weekends. I’m really proud of my Texan roots.

AA: What are you working on now and what inspired you to work on this project?

KK: I’m writing a TV show. FTX Entertainment and Amazon. It’s a one-hour drama series set in Hong Kong. It’s a Hong Kong story about a Hong Kong family. It’s going to be much more diverse. I’m branching out. My goal is to tell stories and to tell a diverse range of stories that showcase the wonderful complexity of who Asians are. We’re not just one thing, and certainly not just the one percent, although many aspire to be that. It’s such a rich culture.

I saw there really was a need to champion projects that were much more inclusive and representational. Seeing all the amazing people who came out to audition for “Crazy Rich Asians,” the thousands and thousands of talented actors and actresses. I wish I had written a movie with 4,000 characters. They need work, and they need a place to be showcased. Not just Asian Americans, but Asians all over the world. If I could be a part of that content creation, I’m going to go for it. Who knows? Right now the spotlight is on us and we need to create more projects that push that envelope.

Tickets for “A Conversation with Kevin Kwan,” Saturday, Nov. 17, available at thelongcenter.org.